This Friday starting at 06:00 AM Official Drupal 8 sites will be put offline. Site access will be restored once the underlying Database instance is back from a version update (30 minutes intervention foreseen by Database Group)
We are sorry for the short notice on this intervention, but recent infrastructure stability issues forced us to speed up the version upgrade with the goal of recovering the stability at the Database level.

No read-only mode will be used this time, since it was proven last time that it doesn’t work as expected on Drupal 8 and can provoke multiple sites to appear being down. Instead, the following screen will appear for all official sites: 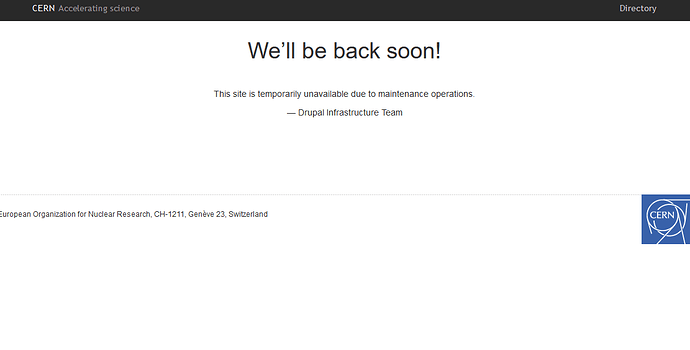 Probably many of you noticed some instability on the service lately. The chain of actions that led to unavailability of the websites was:

So we planned this intervention to hopefully resolve once and for all this instability.

On behalf of the Drupal infrastructure and Database team, sorry for the inconvenience.