Margin component bug: opacity not working when set to 0

I am putting this on the forums in case I am doing something wrong, but I think I found a bug in the Margin Component.

I am setting the opacity to 0 because I want a transparent margin: 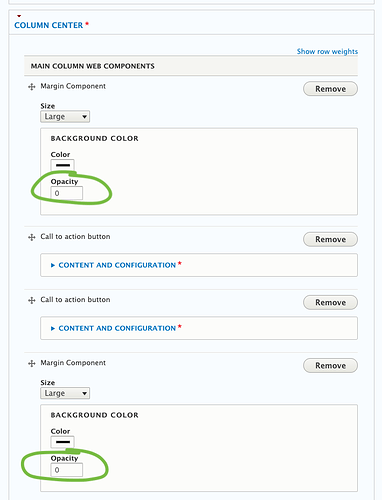 I am also leaving the color untouched, which apparently defaults to black (at least on Chrome for macOS).

When I save the landing page, I get these ugly black margins:

I tried setting the opacity to something different than 0 and it works perfectly, so I guess that the problem is that 0 (and values which render as 0, such as 0.0 and .0 – yes, I tried those :D) is interpreted as ‘empty’, therefore the component is ignoring the opacity setting altogether.

Could you please take a look? Am I missing something?

Thanks for reporting, I will have a look and append the ticket in the post.

By the way the first thought I made was this 0.0 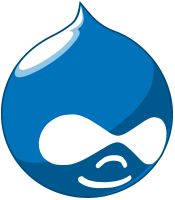 ### Summary When the transparency option is set to 0, the margin appears black instead of transparent. ### Attachments ![margin-opacity](/uploads/d5ea11a0d59ca31700bb126aa9aa5c5f/margin-opacity.png)...